Grab the Bic Lighter and Check out these Free Birds! 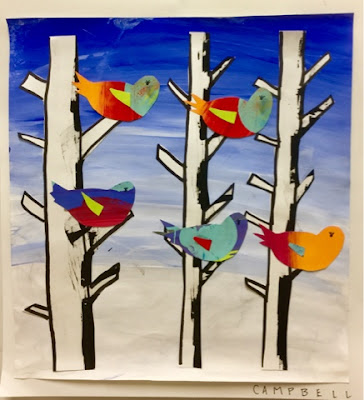 Here are some "free" birds placed in the winter scene.  Why do I say free?  They were free because they were just painted paper in a pile.  I do like the pretty winter pieces of art.  The fifth grade did a great job.

Directions:
1-The kids painted the background with white and blue acrylic.
2-The kids drew trees with sharpies and used sides of credit cards to make shadows.
3-The kids cut out the trees and glued them on the winter scene.
4-The kids drew birds on the painted paper and cut them out.  Then, they cut and glued  more paper and placed on the birds to make wings and eyes.  Some preferred to keep it simple with sharpie.  Of course, I encourage the cut paper because of the pretty colors.
Ooo Lala! 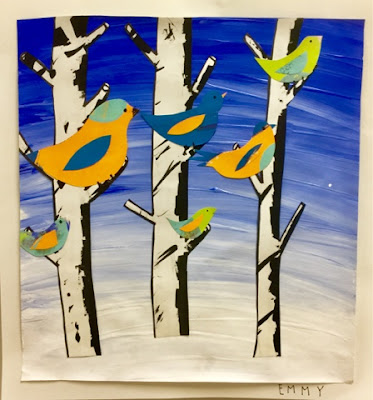 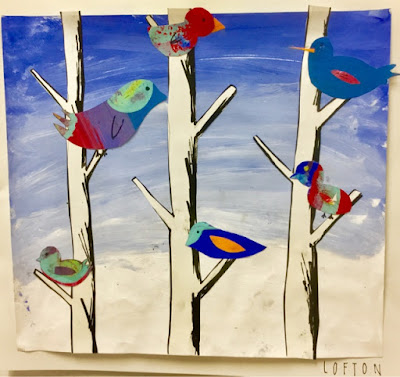 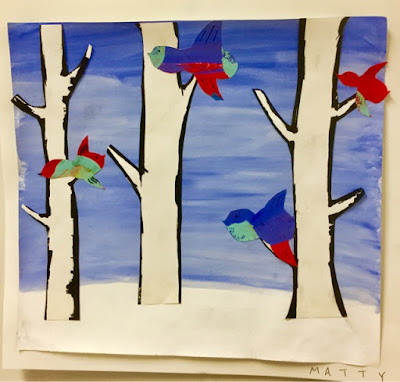 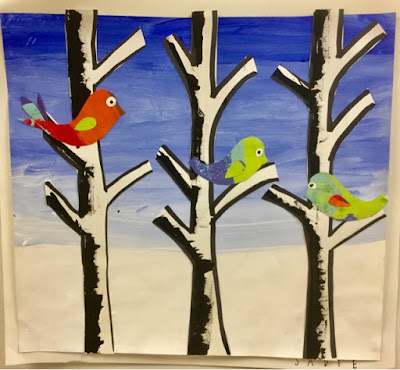 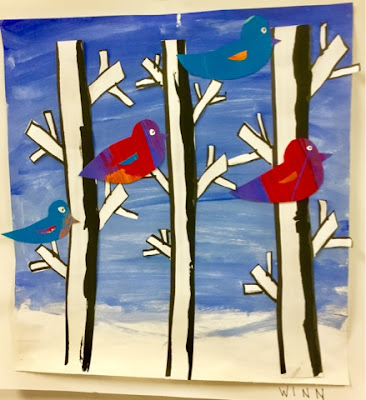 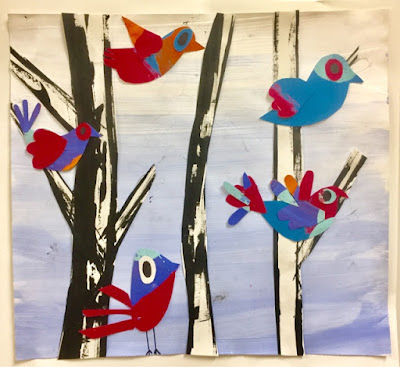 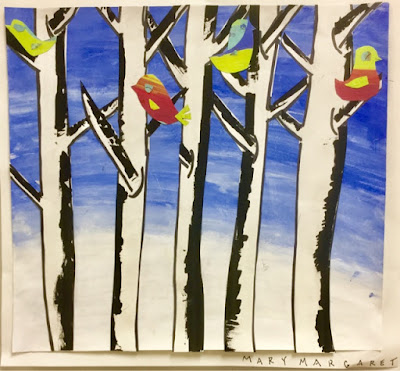 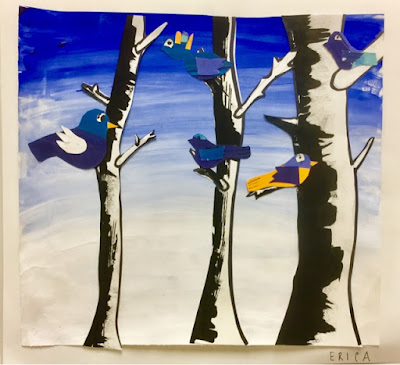 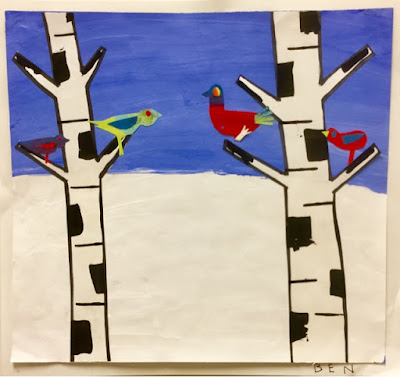 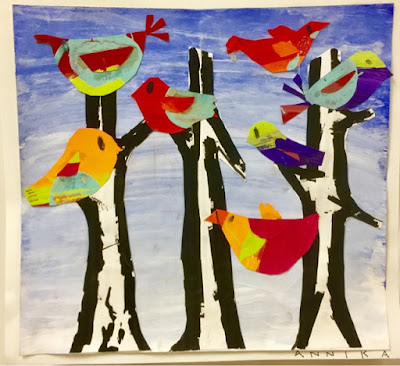 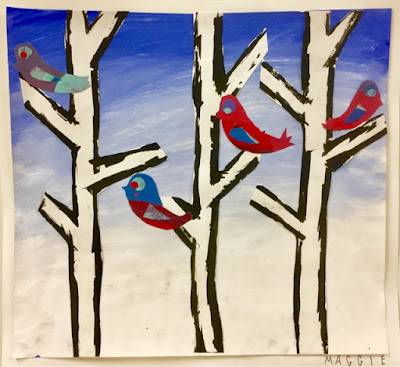 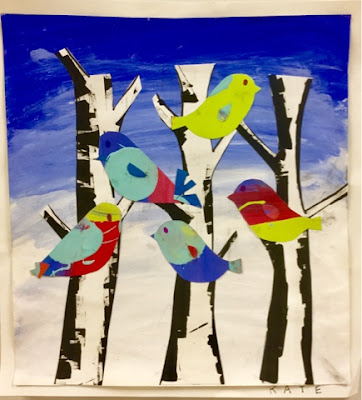 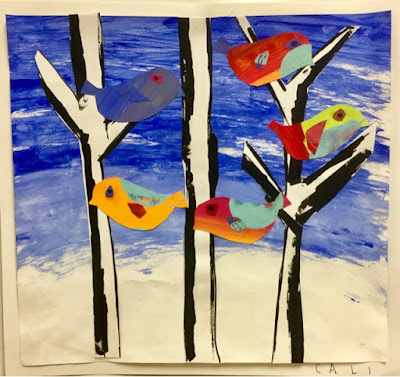 Even heard people yell Freebird at a concert?  If you do not know, "Freebird" was a song sang by the band Lynyrd Skynyrd in the 1970s.

When I was a teenager, we would get out Bic Lighters and yell, "Freebird," to get bands to do an encore.  Of course, I googled and found a few other interesting Freebird scenarios.
.
From the Student Union Blog by Jessica Stahl,  I read that the band Lynyrd Skynyrd would yell out and ask the audience what they wanted to hear and the fans would yell back, "Freebird."  Also, the same article had this to say about yelling Freebird.

Kevin Matthews is a Chicago radio personality who has exhorted his fans — the KevHeads — to yell “Freebird” for years, and claims to have originated the tradition in the late 1980s, when he says he hit upon it as a way to torment Florence Henderson of “Brady Bunch” fame, who was giving a concert. He figured somebody should yell something at her “to break up the monotony.” The longtime Skynyrd fan settled on “Freebird,” saying the epic song “just popped into my head.”