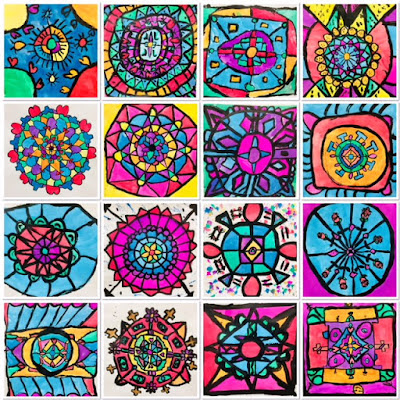 The Fourth Graders loved painting Mandalas!  We took three class periods to complete the project.  So, what is a Mandala?

A mandala is usually a circular diagram symbolizing an ideal universe. They can come in many forms. Mandalas were originated in the 4th century as part of one of the world’s great religions, Buddhism. They were used in Tibet, India, Nepal, China and Japan among other countries. Now they are created throughout the world.

Now, what fourth grader would understand that?  I showed the video below and it really intrigued the kids.

Once the kids got a grasp on the concept of mandalas, we reviewed symmetry.  The kids began the project and experimented with different paint brush sizes and acrylic paint.  I encouraged the kids to start the mandalas in the middle and work outward.  I think this practice mandala was very important in the development of this project.
In the following week, we got busy and started painting our mandalas.  We used very small paint brushes and acrylic paint to begin our mandalas.  The kids began painting in the middle and worked outward.

In the last class period, the kids painted the mandalas with liquid watercolor. 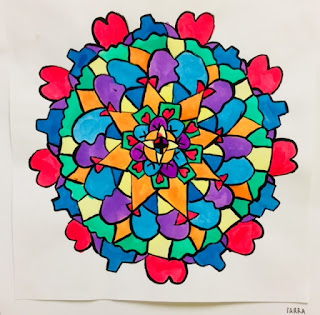 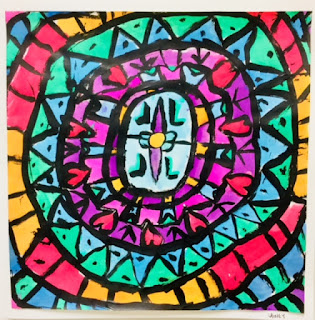 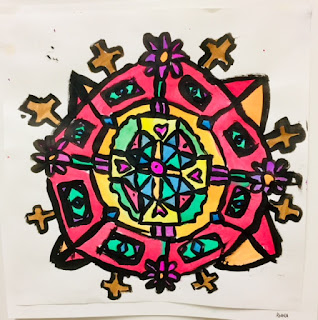 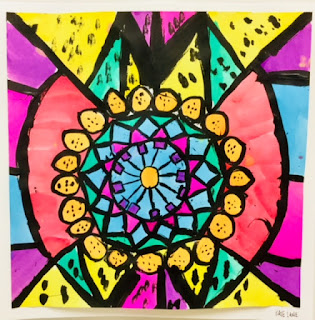 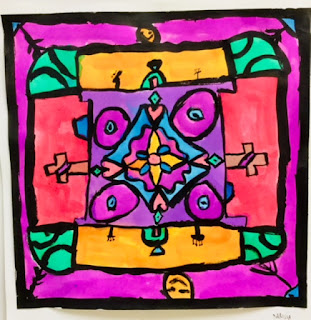 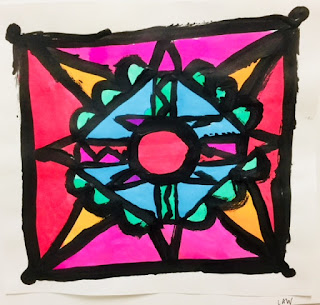 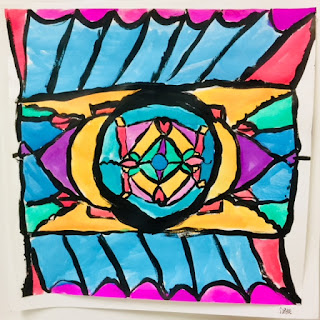 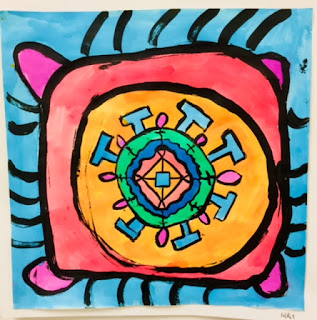 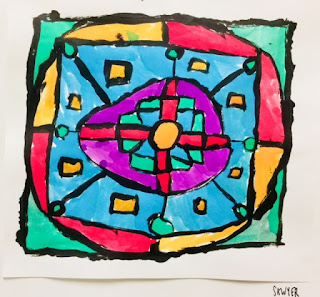 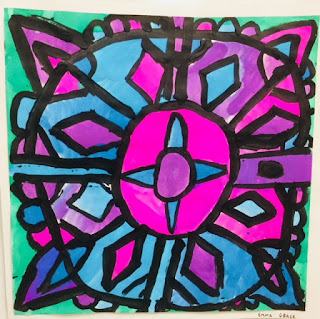 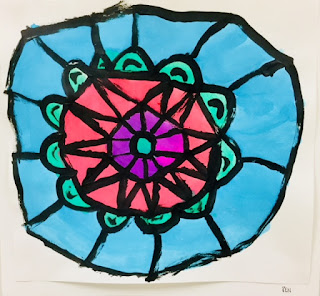 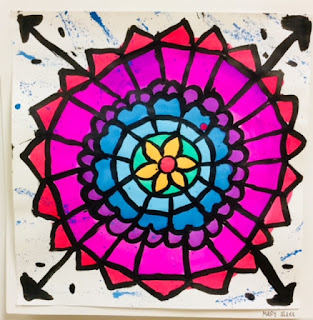 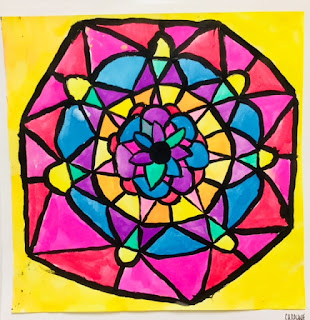 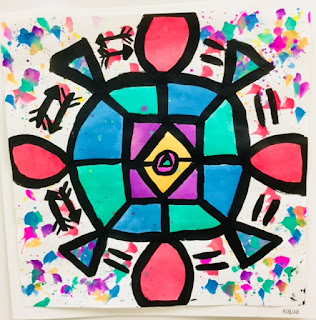 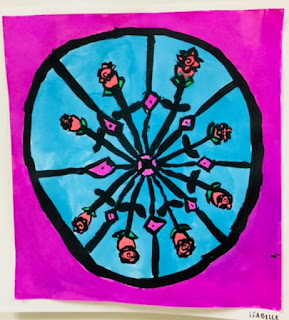 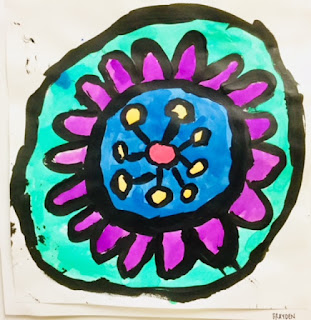