Rene' Magritte was a Surrealist painter who was born in Belgium in 1898.  He wanted people to look at things in different ways.  He was well known for creating paintings with men wearing bowler hats.  He often wore a bowler himself.  Although Magritte died in 1967, his work started to become really popular during the 1960s.  He influenced many artists including Andy Warhol and Jasper Johns.
Check out Nathan's "Magritte Style" below.  Nathan loves baseball and the New York Yankees.﻿ 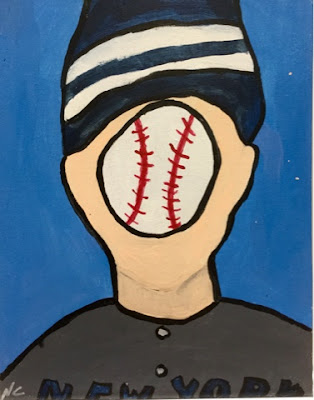 Directions for the Project-
I showed the video below.  There is some nudity and a few graphic paintings.  You can be the judge of your group of kids being mature enough to view the video.

Then, I told the kids to put their personalities and interests in their paintings. 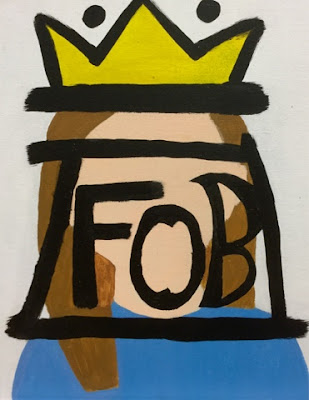 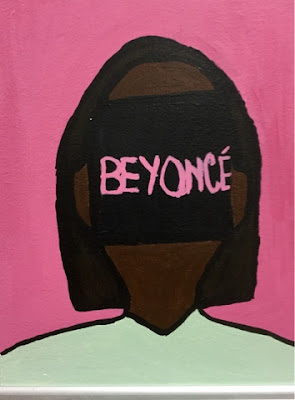 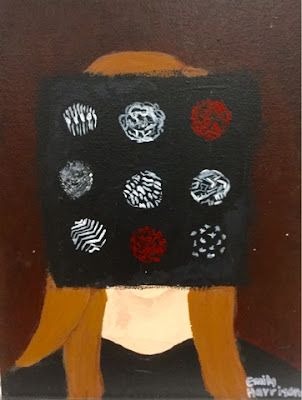 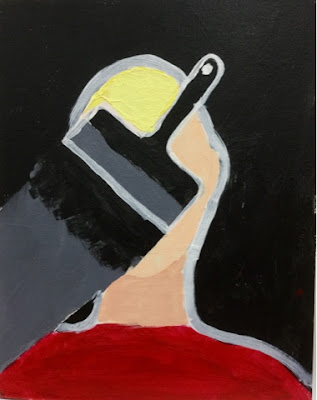 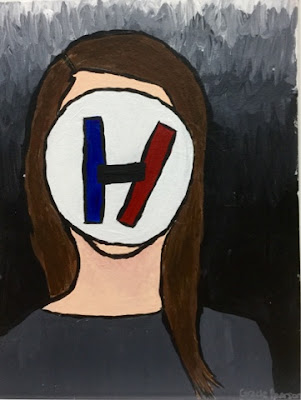 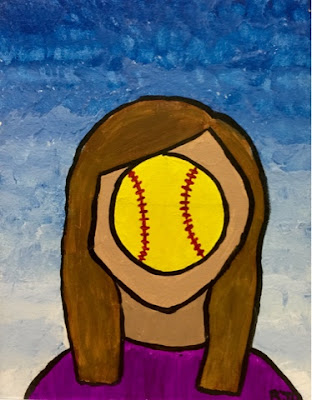 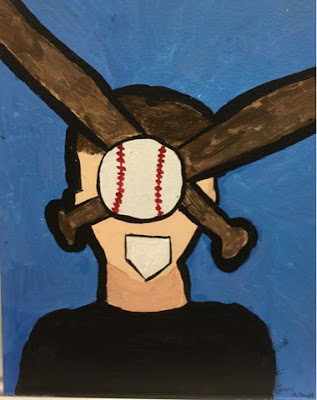 Hunter's Duck Hunting (like the camo hat flipped around) 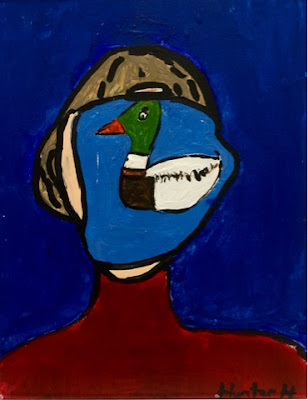 Here's the scene from the movie The Thomas Crown Affair.  There are lots of Bowler hats.  (a little bit of language)