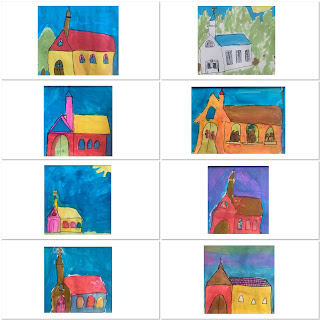 Nothing like an old folk art church art lesson!  This was a great lesson because I got to teach shapes and art!  Kids really could see how a church could be made by drawing shapes.  We had rectangles, triangles, squares and a parallelogram!
The project was “lightly based” on folk artist, Sam Ezell’s church below: 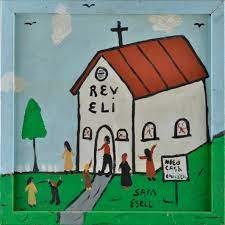 Here is some info about Sam:

Sam Ezell was born in Mebane in 1953 and dropped out of school at 16 to help support his mother and four sisters He was raised in Durham, NC and now calls Hillsborough home. Ezell painted his first painting at the request of folk artist Bernice Sims who lived in Brewton in rural Alabama. The meeting with Sims turned into a kinship. He would help her sell her paintings, fix her screen door and sometimes pay her water bill.

Sam painted large, orange, yellow, red and blue flowers on canvasses he built and stretched himself. He painted red, blue and polka dot chickens; Duke’s Mayonnaise and Mt. Olive pickles jars, church gatherings, and yellow taxis. His flat perspectives, simple figures and bright colors beam innocence. Then one day he woke to a cloud parked over his right eye. A blood clot in his neck had broke loose and settled in his eye. Before he lost his sight, he produced up to 50 pieces a week. He continues to paint though he’s adjusted his style to accommodate his restricted vision. He produces large canvases with broad strokes in abstract shapes. But he still paints the smaller pieces of mayonnaise jars and flowers.

How did the project go down?

I drew with shapes on the marker board and the kids watched the church come together.
The kids did the same.
The kids outlined with a black sharpie.
The kids painted with Dick Blick watercolor.
L👀K! 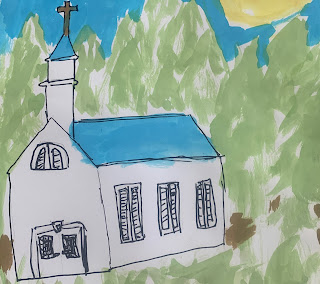 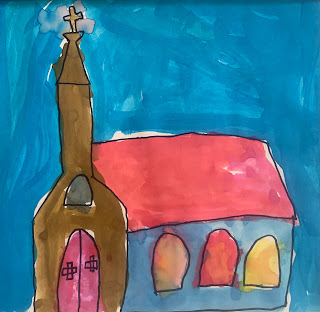 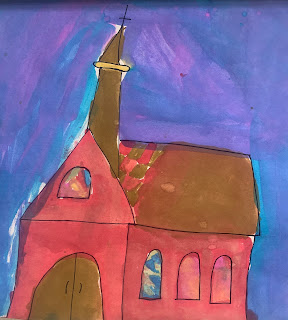 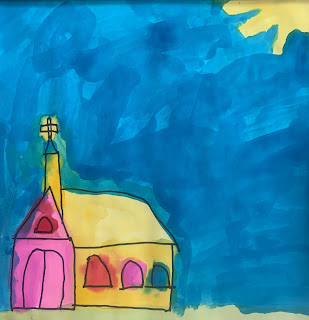 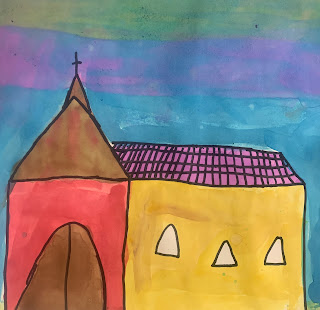 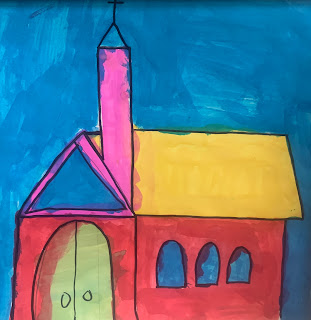 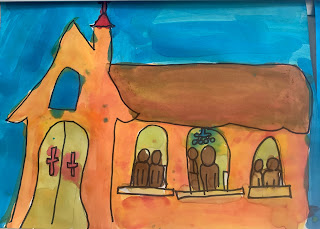 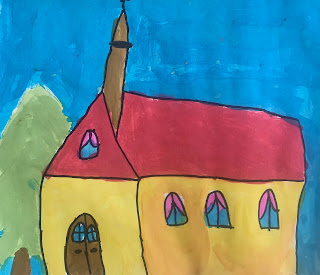