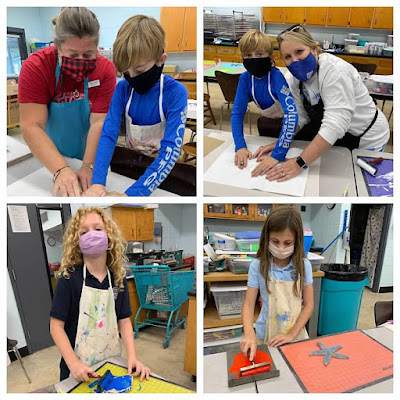 This is the first time we have ever taught an Art Bridge after-school session. It is a class called Level Up, Printmaking Palooza. You can learn more from this post here:
Printmaking Palooza with Mrs. Daniel and Mrs. Hicks #MaclayVisualArts
What are Japanese fish prints called?
Gyotaku is a traditional form of Japanese art that began over 100 years ago as a way for fishermen to keep a record of the fish they caught. They would apply sumi ink to one side of a freshly caught fish, then cover the fish with rice paper and rub to create an exact image of the fish.
What did Japanese fishermen use rubbings for?
Fish rubbing or 'Gyotaku' is a printing technique invented by Japanese fishermen in the early nineteenth century to record the size of their catch. By inking the fish and printing it onto fine Japanese paper, the intricate markings and texture of the fish can be captured forever.
Where was gyotaku invented? Japan
About 100 years ago in Japan, fishermen created gyotaku prints to record their prized catches. Gyotaku is created by pressing rice paper onto a fish covered with ink or paint.
To learn more, click this link: https://gyotaku.com/
For us to be able to gauge where the students abilities were, we started out with this simple printmaking technique. Check it out below. They had a blast. I think their favorite was blending the colors with the brayers.
Hope this inspires you a bit for you classroom! Thanks for dropping by, 1969 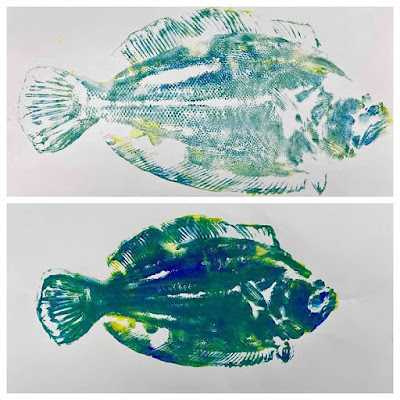 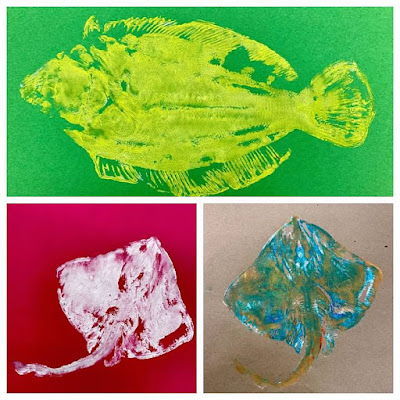 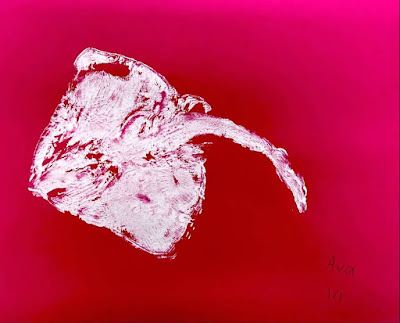 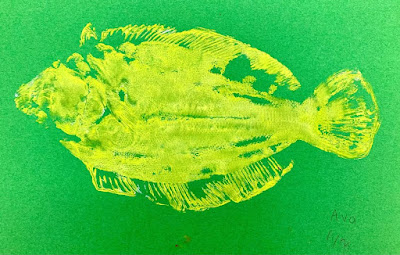 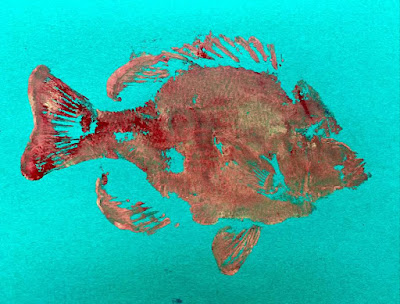 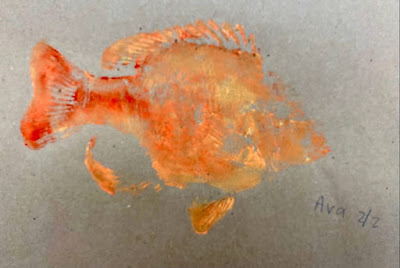 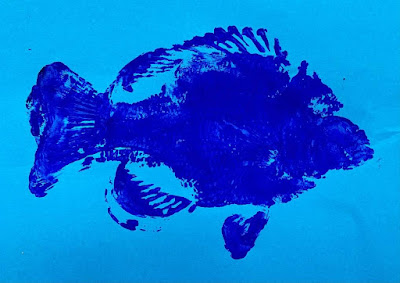 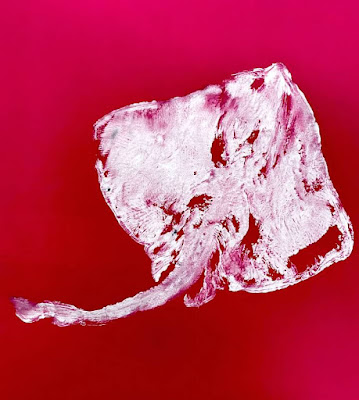 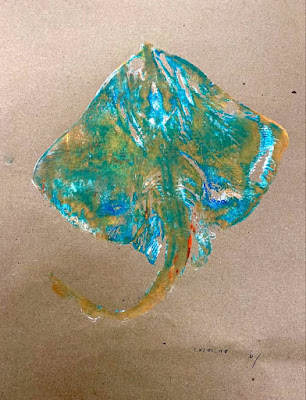 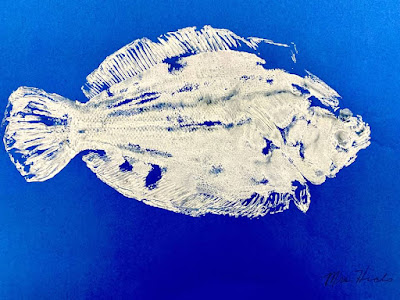 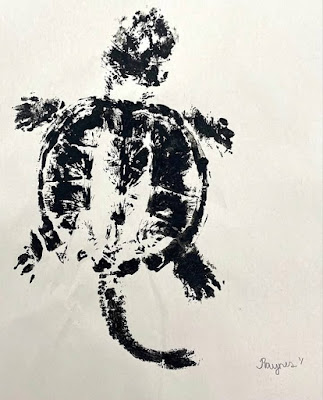 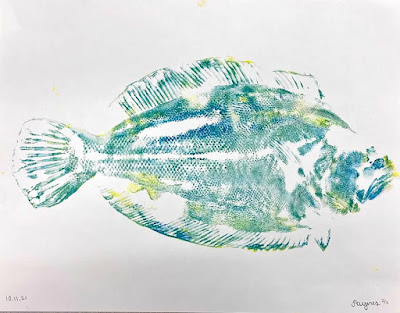 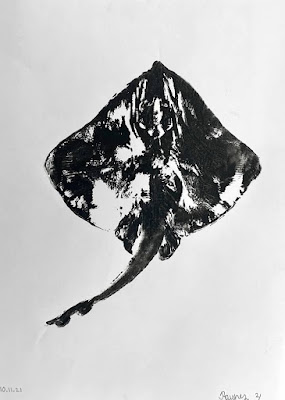 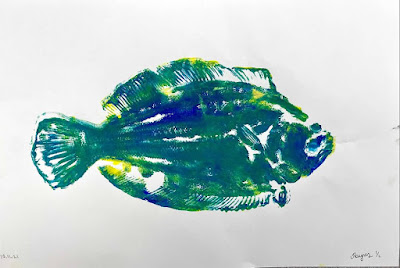 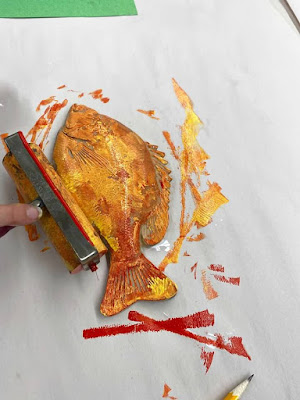 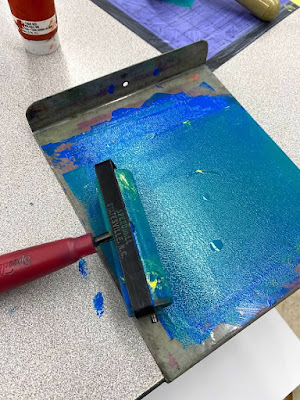 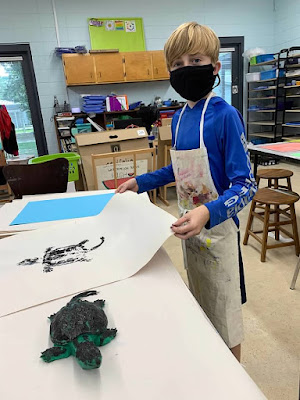 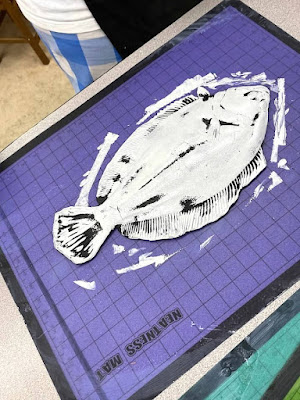 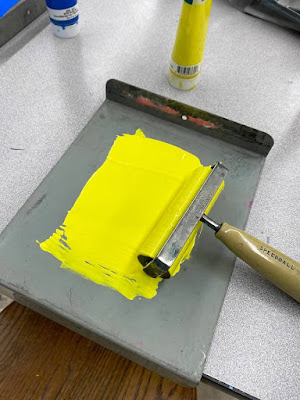 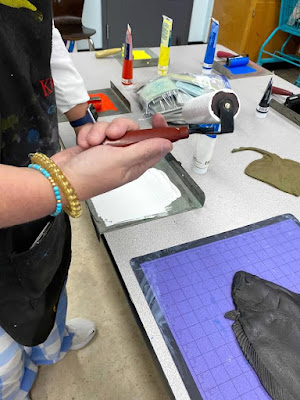 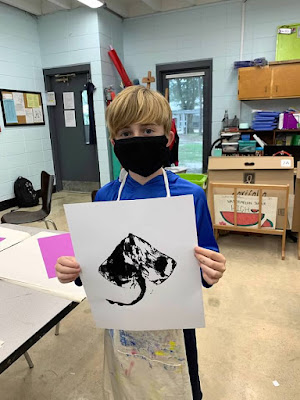 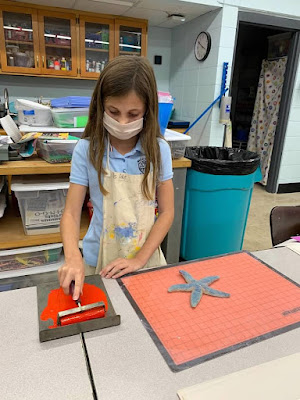 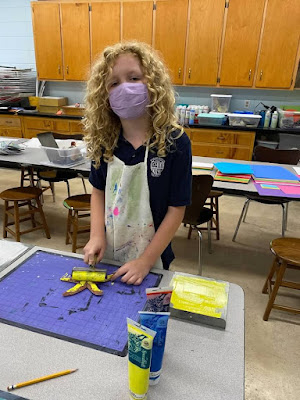