Rudolph, WHAT BIG EYES YOU HAVE! 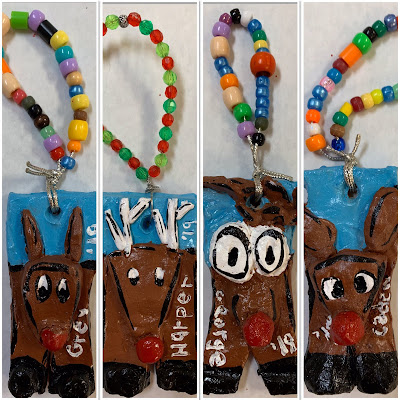 Cute reindeer ornaments by 3rd Grade!  The one with the big eyes 👀 is hilarious!  So how did the kids do it?

I fired.
The kids painted.
I painted their names on the reindeer.
I sprayed with Clear Coat.
The kids used beads, string, and wire to make the reindeer easy to hang on the tree.

We wrapped the reindeers up and they took them to the house!