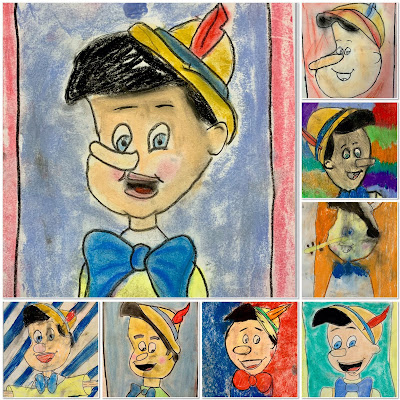 How did this all go down?  Well, I showed this clip from Pinocchio and the kids were hooked!

Then, I gave a little scoop on Jim Dine!

Fifth Grade👦👧👦👧 really liked😄 this art activity.  We had a great time drawing noses👃👃 or trying to draw noses.

I gave the kids👦👧👦👧 a picture of Pinocchio.

Also, I played this video, if they felt like they needed to draw✎ along.  We took it slow because lots needed guidance!

We used pencil🖉 to draw.
Then, the kids began filling in the face with chalk.
Then, they worked outward.
I told them to use black last.
I warned them about the smear effect. 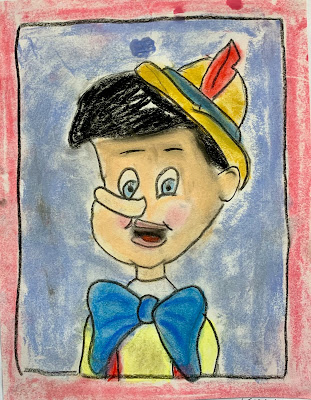 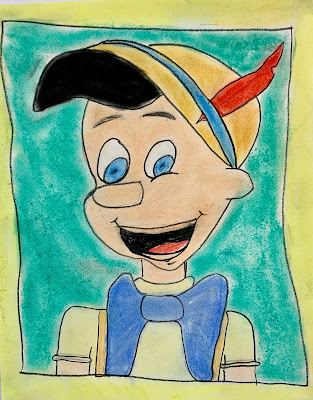 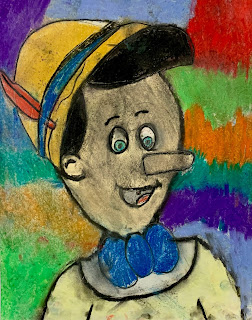 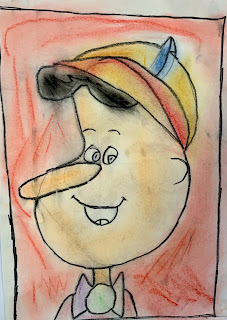 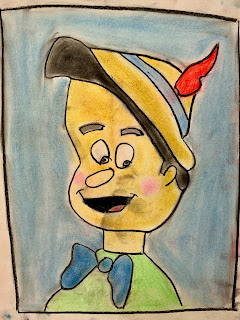 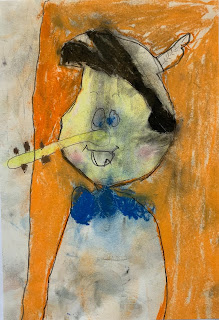 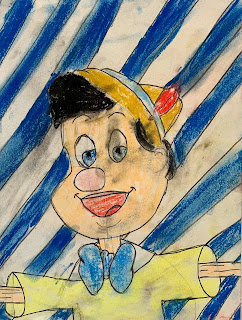 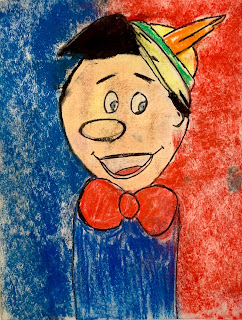