Have you ever just had a friend that didn't meet a stranger? I did. Her name was Kathleen Carter. She was a hot mess in a good way. Wherever she went she just had a gift of spreading artsy goodness along the way and I am so thankful to have known her. Her death was devastating to many. She will never know the impact that she has made on all of the lives that she has touched.

We were asked to create a piece of art that would be collaboratively created during her celebration of life here in Tallahassee. My dear friend, Kim Pisano, and I decided to paint on a canvas. In true "Kathleen" fashion, we were asked at the last minute to come up with and idea and execute the plan. We both had lots of giggles thinking of things that Kathleen would have said to us during this process.  We were able to create a piece of art that others could write messages on during her celebration of life. Here is a sampling of how this art piece came about. 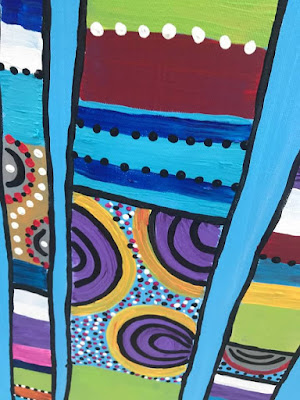 We all thought this was appropriate for our dear friend. Every event she was ever in charge of or that she had any influence on she always had children's art at that particular event. This was fitting for this specific occasion. In my heart, I know she loved it! I felt her presence with us as we worked away painting with intent to get this complete in time to dry for her day of remembrance with family and friends. 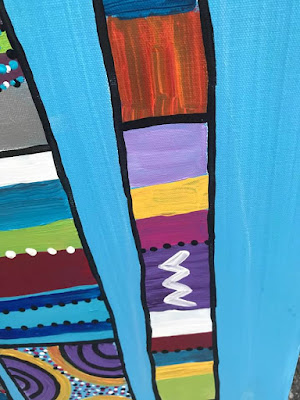 Here are a few more links about Kathleen:
https://www.tallahassee.com/story/life/chronicle/2017/10/19/congratulations-award-winners-29th-art-gadsden-exhibition/767887001/
https://2soulsisters.blogspot.com/2019/03/kathleen-carter-you-are-still-inspiring.html 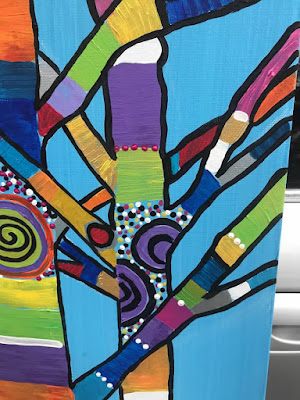 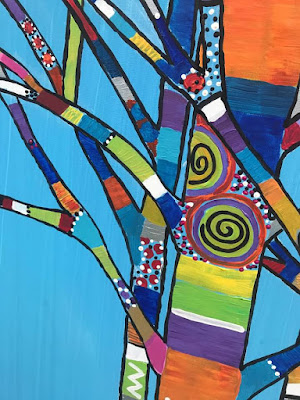 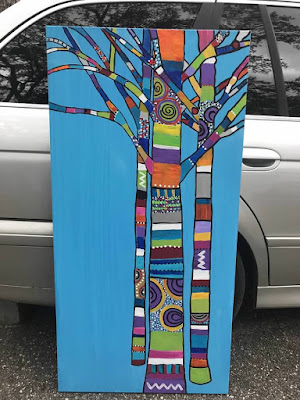 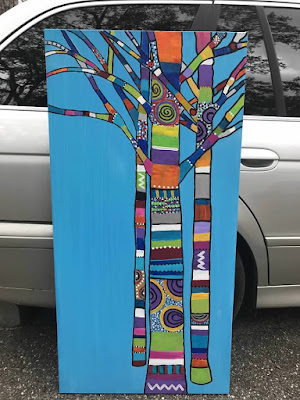 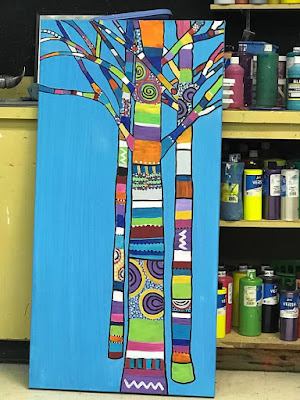 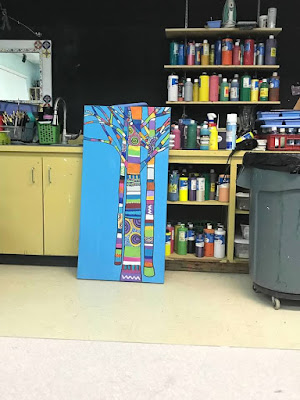 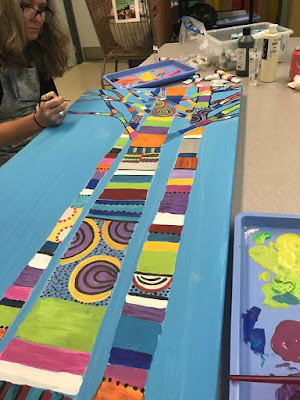 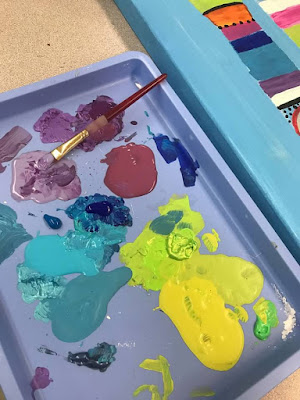 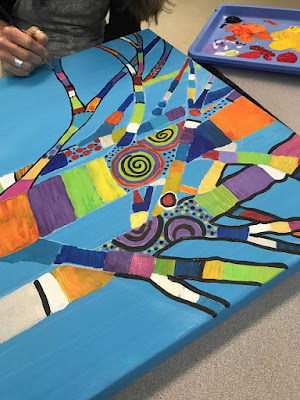 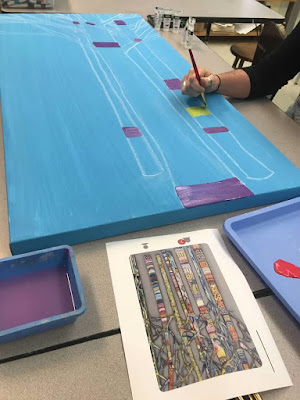 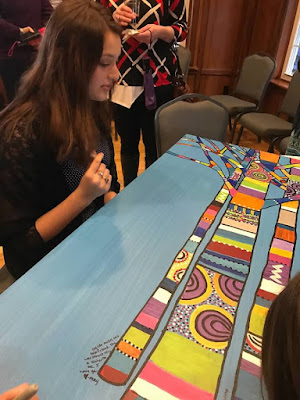 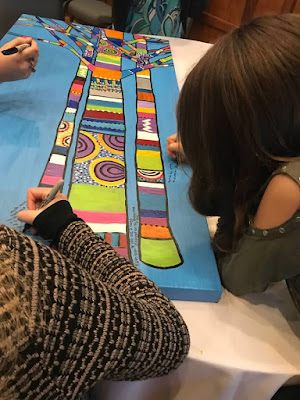 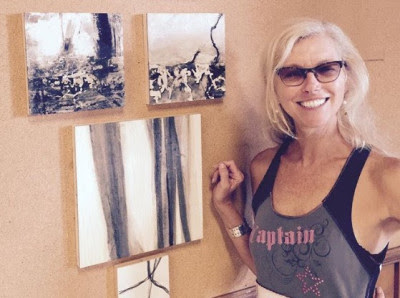 You are missed, Kathleen but I am forever grateful for our artsy time together!

About the song: "Turn! Turn! Turn! (to Everything There Is a Season)", often abbreviated to "Turn! Turn! Turn!", is a song adapted entirely from the Book of Ecclesiastes in the Bible (with the exception of the last line) and put to music by Pete Seeger in 1959. Seeger waited until 1962 to record his own version of it, releasing the song on his The Bitter and the Sweet album on Columbia Records.
"Turn! Turn! Turn!" was the third single by the American folk rock band The Byrds and was released on October 1, 1965 by Columbia Records (see 1965 in music). The song was also included on the band's second album, Turn! Turn! Turn!, which was released on December 6, 1965. The Byrds' single (b/w "She Don't Care About Time") is the most successful recorded version of the song, having reached #1 on the U.S. Billboard Hot 100 charts and #26 on the UK Singles Chart. The Byrds' version distinguishes the song as the #1 pop hit with the oldest lyrics, dating back to the Book of Ecclesiastes. Many biblical scholars believe Ecclesiastes 1:1 implies King Solomon as the book's author; thus, if true, giving Solomon (born c. 1011 BC) lyrical credit for a number one hit.