Sonia Delaunay Name Art with A Hint of Tints and Shade 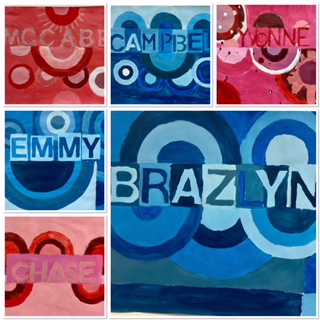 This 6th grade project was based on artist Sonia Delaunay.
(From https://www.artsy.net/artist/sonia-delaunay)

Sonia Delaunay’s innovative explorations of color and form began with a quilt she made for her son in 1911 that would spur a breakthrough in the history of abstraction. She had moved from Moscow to Paris at age 20, where she first encountered Post-Impressionism and Fauvism, inspiring her to push further toward non-objective art. Along with her husband, Robert Delaunay, she developed a bright blend of Cubism and Futurism that would be dubbed Orphism by critic Guillaume Apollinaire in 1910—though Delaunay preferred the term “Simultaneous Contrasts”. In addition to painting, she created textiles as “exercises in color,” under the Maison Delaunay label, even creating costumes for Sergei Diaghilev’s Ballets Russes. In 1964, Delaunay became the first living woman to be given a retrospective at the Louvre.

Here is a quick bio video on Sonia Delaunay-

The kids looked at Sonia Delaunay's work.
The kids built their projects around their names.
We used a pencil compass to draw circles.  The 6th graders had never used a compass, so we spent a day practicing using a compass.  I bet the math teachers will be so glad that these kids have already used a compass.
The kids used tints and shades of colors of their choice.
This was a great project to work on the fine motor skills. 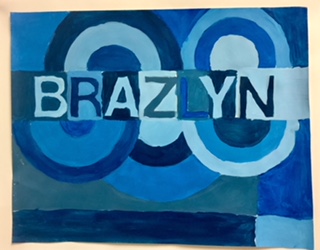 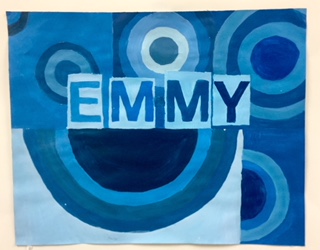 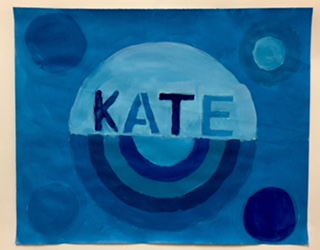 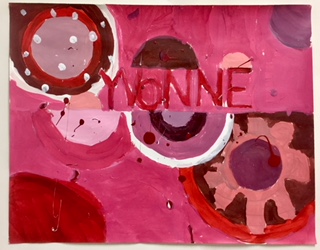 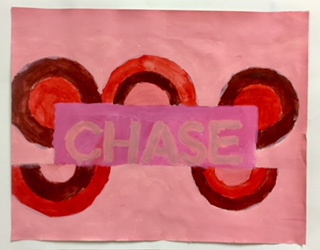 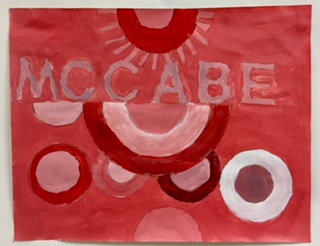