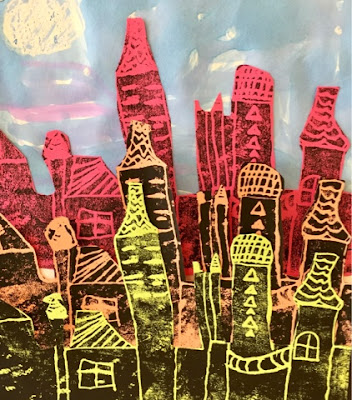 I thought these were so cool on our Lower School bulletin board. Cathy Hicks did a fabulous job with her students and this mixed media lesson. They water colored the background with a crayon resist technique to add details.

She taught a lesson on cityscapes. The students had to draw them out using foam trays and create a template to make an edition of the print on different colors of papers.

Then they had to mount them to make them stand out. Creating a super layered effect. I saw them and just had to share them with you all! 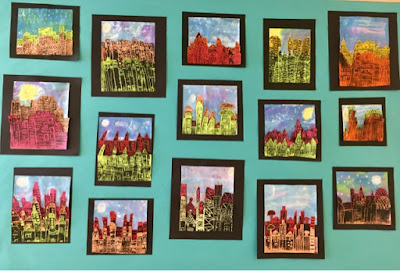 Other blogs that have similar lesson plan ideas: 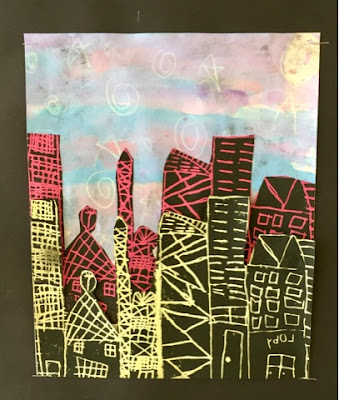 Resources for Printmaking Techniques and Processes: 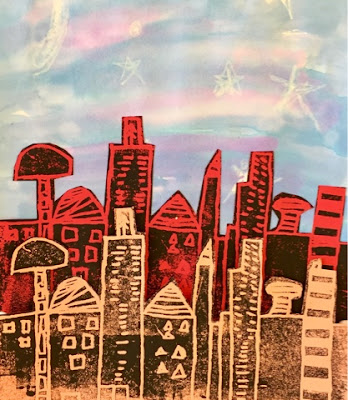 Who invented printmaking?
The process is believed to have been invented by Daniel Hopfer (circa 1470-1536) of Augsburg, Germany, who decorated armor in this way, and applied the method to printmaking. Etching soon came to challenge engraving as the most popular printmaking medium. 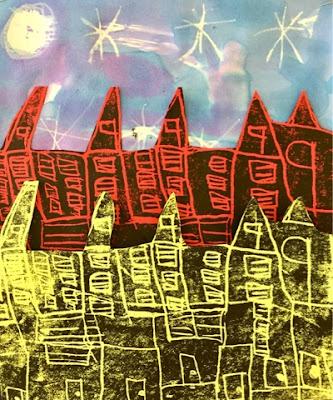 When did printmaking begin?
The most common relief prints are woodcuts. Printmaking originated in China after paper was invented around AD 105. Relief printing appeared in Europe in the 15th Century, when the process of papermaking was imported from the East. 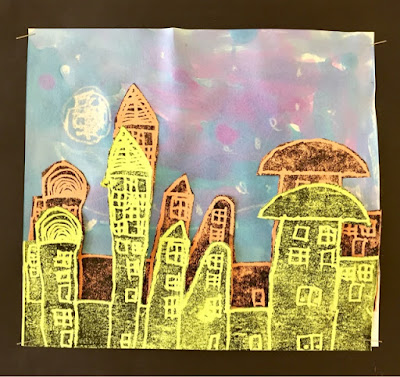 Thanks, Cassie for the cool lesson idea and Youtube tutorial!
https://cassiestephens.blogspot.com/2016/03/in-art-room-printed-cityscape-collages.html 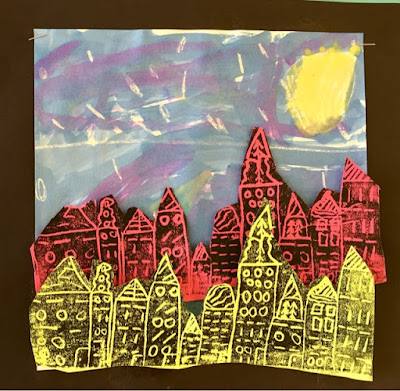 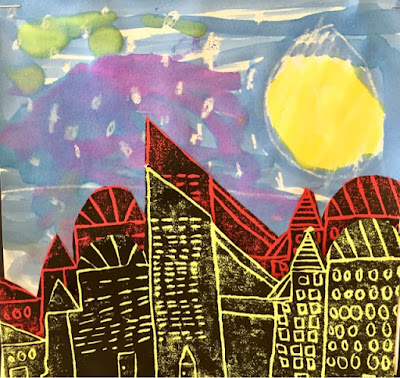 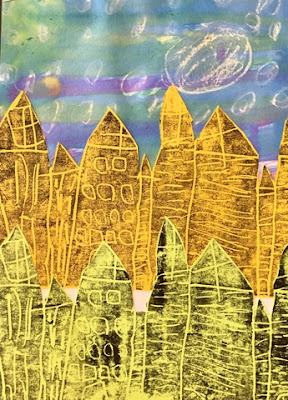 Thanks Cathy for letting me share your kids art!
1969